Having worked for years as a CEO for various NGOs, I want to affect positively the image of Israel on the global scale as a strategic advisor. As the CEO of the JPBM Consulting, I speak and lecture regularly in Israel and internationally.
Specialties: Strategic analysis, public speaking, team development and training 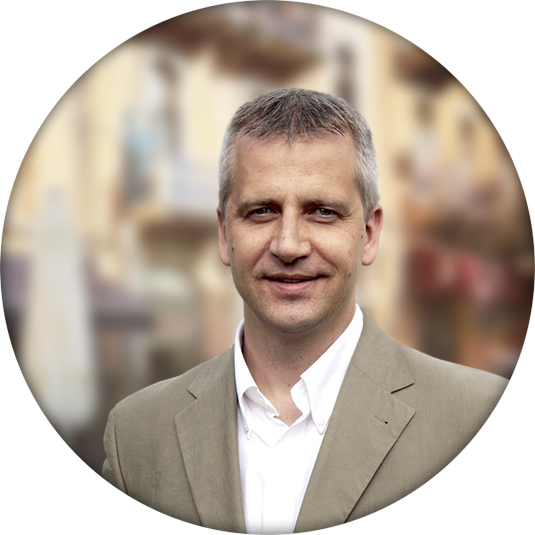 
I am looking at lobbying regulation policy in Israel, focusing on the gap between the declared goals of the lobbying regulations introduced in 2008 to regulate the business/politics nexus and how those goals have found expression in the resulting law and its subsequent implementation. The case is interesting as this seems to be a problem that occurs a lot with lobbying regulations – seemingly great aims that fall a long way short. The context is really the broader trend towards regulating the interactions of businesses and politics that are occurring across the world today. Israel is one piece in that bigger puzzle. The problem is – just because you seek to regulate – does not always mean it works out well.
The worldwide trend can be observed – 12 out of 16 countries of the OECD (Poland, Hungary, Israel, France, Mexico, Slovenia, Austria, Italy, Netherlands, Chile, United Kingdom, Ireland) which have adopted lobbying regulations did so in the last decade (Vargovcikova, 2015). In France, Germany, Poland, the Czech Republic discussions are ongoing about possible revisions, whereas Romania, Bulgaria, and Italy are in the process of preparing their first regulations. More and more states seem to be regulating lobbying using transparency provisions based on registers and reporting as policy instruments, but the impact of the regulation is questionable and there’s almost no interest among the policy-makers to achieve more effective regulations.
More and more public and private actors want to be seen as supporting lobbying regulation, including lobbyists themselves, yet at the same time, these very same actors seem to be contributing to its ineffectiveness and lack of implementation.
So far I have published 3 journal articles from this research – and I am currently working on a 4th. I have presented my research at numerous conferences in the US, Europe, and Israel and in the UK House of Commons to provide evidence to a committee there investigating lobbying regulations.

Opaque transparency: an analysis of the Israeli lobbying regulatory regime of 2008

After some failed attempts to regulate the lobbying, the Israeli Parliament – the Knesset, passed the Lobbyist Law on April 2nd, 2008. While lobbying is a common and legitimate part of the democratic process, it raises issues of trust, equality of access, and transparency. What motivated the Knesset Members (MKs) to regulate lobbying – public interest, private interest, or symbolic politics? The MKs claimed that the law was needed for improving transparency while MK Yechimovich declared that it balances the strength of the rich, represented by lobbyists and the wide public. Assessing the achieved transparency in the comparative framework of other lobbying regulatory regimes, we see that the law confers tangible benefits on powerful interest groups while providing only symbolic gestures to the public. Lack of information available for the MKs creates a need for lobbyists for political intelligence and the MKs need to identify the interests in play to guarantee for themselves the necessary legislative subsidy.

Regulation has been claimed to be acquired by the industry, yet while the economic regulation was often established with the approval and encouragement of the regulated industry, social regulation has usually been thrust upon industry following demands by public interest groups. Why would social regulation still fail to produce behavior, or results in accordance with the public interest, if the public interest groups initiated it? The failure to define clearly the concept of “public interest” and the absence of adequately clear regulatory objectives would not provide all the convincing answers. The wish of the politicians to respond to mischief before public concern dies down seems to point towards the symbolic politics claims.

While lobbying is integral to democratic politics, it challenges the policymaking process as the risks and opportunities associated with policy change are large. Lobbying regulations, belonging to the social regulations fold, have been observed as symbolic in Israel and are diluted by tricky loopholes. Recent research has used data from the Center of Public Integrity (CPI) in order to theoretically classify different regulatory environments. The CPI measures only what the law says, but it does not measure the outcome – the application of the law. This paper points out that the possible interaction of symbolic politics with social regulation may lead to the reoccurring legislative void, resulting in the dilution effect of the lobbying regulations, and it highlights the need to review the theoretical classification and thereby also the actual strength of the different regulatory environments.

Lobbying in the Sunshine – Hiding Behind Transparency?

Lobbying in Israel was unregulated for sixty years. Scholars, like Yishai (1998) have decried the fact that high value is attached to the written decree but the implementation does not necessarily follow: quite a few laws have remained at a symbolic level in Israel. There were two unsuccessful bills submitted to legislate lobbying regulation: first by Knesset Member (MK) Meron in 1993 and the second one by MK Naot in 2001. The bill submitted by MKs Yechimovich and Sa’ar in 2007 resulted in passing the Israeli lobbying regulations in 2008, but the Lobbyist Law displayed unexpected characteristics and there was a 500% growth in lobbyist numbers. In 2012 a scandal shook the Israeli lobbying world as a crew from the Israeli Channel 2’s investigative show Uvda (’Fact’), infiltrated the training program of the Gilad Government Relations & Lobbying firm. Following the Channel 2 exposé, the Speaker of the Knesset MK Rivlin instructed Knesset employees to immediately forbid the entrance of all lobbyists to areas heavily used by MKs. These steps, taken almost 4 years after that the Knesset had passed a weak Lobbyist Law, scoring 28 points according to the CPI score, did not create more transparency but only set certain restrictions on the lobbyists’ movements in the Knesset building. In 2013 MK Koll submitted a bill to further regulate the lobbying followed by another bill by MKs Yechimovich and Tsur in 2014. However, these bills were thrashed as the Knesset was dispersed in December 2014. This paper would analyze the bills from 1993, 2001, 2007, 2013, and 2014 by measuring their strength according to the CPI Index in order to explore the path that resulted in passing the Lobbyist Law in 2008 and in the following developments.

Neurotic Regulations – Goals and Results of the Israeli Lobbyist Law

Many scholars claim that lobbying regulations offer increased accountability to the voters and transparency of the decision-making processes, as well as diminishing gaps in the system, which would allow for corrupt behavior. The declared goals of the Israeli Lobbyist Law (2008) were transparency, public interest, and order, yet neurotic incoherence was observed when the goals and the results of the legislation were compared. If regulators are aware that their goals are unattainable and want to pronounce an idealistic social policy to preserve underlying values even at the cost of a certain amount of deception, then the regulations would never achieve their declared goals. The law did not regulate lobbying the government, legitimized the lobbyists in the Knesset, and provided Knesset Members (MKs) with some new means of defusing public concerns over how the policy was being formulated. This paper will show that the interviewed MKs admitted using declarative bills and legislation in order to pronounce a social policy or to preserve certain underlying values. New evidence reveals a subtle, mutually beneficial relationship between MKs and lobbyists, which may have also influenced the legislative process of the lobbying regulations. Transparency was perceived as a method to cover up the omission of dealing with real issues of needed policy change. This gap between the declared goals and the resulting implementation of the law reveals the face of the symbolic policy and is a sign of institutional failure of modern society.

The state of Israel has been receiving the diaspora Jews from all countries since its inception and throughout its history. According to the Law of Return, every Jew, a child, a grandchild of a Jew, and their families have the right to immigrate to Israel and to become the citizens of Israel with all consequent privileges and obligations. A person can apply for Israeli citizenship in the country of his or her origin but it is also possible to apply for a status change after entering Israel as a tourist. A person, who enters Israel on the basis of a tourist visa and desires to stay in Israel, can apply for a change of status in the closest branch office of the Ministry of Interior. Today no entry visas are needed for the citizens of Ukraine, Russia, Moldova, and Belarus. Yet, these ‘tourist-olim’ are facing many problems in Israel: they can’t work and they don’t have health insurance or social benefits, since they have arrived as tourists and are not yet citizens. Many of them have used up the little money they brought to Israel and have become desperate as they face complicated bureaucratic hurdles. In addition to many such cases in Israel, there will be thousands more to come in the coming months as the situation worsens in Ukraine. Global Aliyah helps them to come home to Israel.

Presented my article “Opaque transparency: an analysis of the Israeli lobbying regulatory regime of 2008″ at the Seventh Annual Conference In Political Science, International Relations and Public Policy, on 14–16 December 2011 at the Hebrew University of Jerusalem

Presented my article “Diluted Regulations – A Need to Review the Theoretical Classification of the Different Lobbying Regulatory Environments” at the Eighth Annual Conference In Political Science, International Relations and Public Policy, on 12-14 December 2012 at the Hebrew University of Jerusalem.

Papers Opaque transparency: an analysis of the Israeli lobbying regulatory regime of 2008″ and “Diluted Regulations – A Need to Review the Theoretical Classification of the Different Lobbying Regulatory Environments accepted at The 3rd Annual International Conference on Political Science, Sociology and International Relations (PSSIR 2013) Conference 26th to 27th August 2013 Singapore.

Presented my articles “Opaque transparency: an analysis of the Israeli lobbying regulatory regime of 2008″ and “Diluted Regulations – A Need to Review the Theoretical Classification of the Different Lobbying Regulatory Environments” at the 2013 Australian Political Studies Annual Conference at Murdoch University, Perth, on September 30 – October 2, 2013.

Presented my article “Neurotic Regulations – the Goals and Results of the Israeli Lobbyist Law” at the Midwestern Political Science Association Annual Conference at Chicago, April 7-9, 2016.

Consulting with the Committee on Standards in Public Life of the House of Commons, Westminster, London, United Kingdom (June 2013) on issues concerning lobbying regulation.

Consulting with the EUROPEAN COMMITTEE ON LEGAL CO-OPERATION, Committee of Ministers to member states on the legal regulation of lobbying activities in the context of public decision-making, Brussels, 2016.